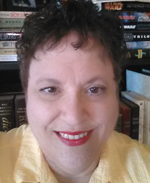 Kathie Boyter is one of Celtic Thunder’s most devoted fans. Here she gives a personal view how social media has helped the band forge an unbreakable bond with fans across the world.

Celtic Thunder, the enormously popular Irish singing group, know they haven’t risen to such heights without a wide and solid fan base.  Their understanding of the power of Twitter, Facebook and a group website (celticthunder.ie), has given them such a loyal following that they have no worries of ever losing a single fan.

They are brilliant users of Twitter and every day brings new and different Twitter gifts. We have no idea what we’re in store for but past Tweets have included where they currently are, what they are doing and with whom, what they’re eating, (they almost always include pictures), performances of songs or a surprise Q&A.

Colm even gives Irish lessons!  Ryan will post a quiz at times and send a personally signed photo to selected winners. Keith just spent eleven days on Sir Richard Branson’s privately owned island (by invitation, he didn’t just row over and hide out) and took time to send two Social Cam videos and daily Tweets with pictures to us.

They don’t waste Facebook either.   This summer we have had a weekly hour long, live U-Stream videos from each of them.  They answer questions we’ve submitted, give tons of shout outs, sing the occasional “Happy Birthday” to lucky fans, give us a live performance of their music and just generally go with the flow of having a great time.

Keeping fans up to date and answering messages

They also maintain musician/artist Facebook pages and we post messages to them (some are answered), they post messages to us and pass along any information pertinent to their performances or activities. When one of them does a media interview anywhere in the world, they make sure that a link is provided so we are able to hear and or see what occurred.

The group’s website, celticthunder.ie, posts videos of their performances and interviews, blogs written by the guys, words to the songs, tour dates and upcoming news.  There’s also a newsletter published every month that highlights one of the singers or band members, provides general Irish folklore, the inclusion of an Irish recipe and much more.

I don’t think it would be possible for them to connect with us any more than they do, short of stopping by our homes on their way to work.  They are so good about keeping in touch with us and we feel very special to them. In the  sage words of Bruno Mars: “The reason we hold on so tightly is because we’re scared that nothing as good will ever come along again”.  That’s certainly true in this case.  No one could ever use the power of social media like Celtic Thunder to make their fans feel so blessed.