Fans of Celtic Thunder have got behind a campaign to raise money to help the daughter of the late George Donaldson continue her musical education. 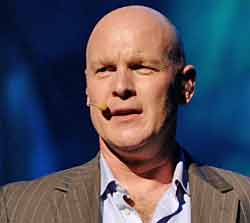 A booster campaign was launched by the George Donaldson Street Team. They have put T-Shirts up for sale on the booster website with the hope of selling 50 items by 1st June. However, at the time of writing, 64 fans have already bought a shirt and there are still 26 days to go.

The T-shirt was designed by Holly Ross and features a silhouette style picture of Donaldson that contains a number of words and song titles associated with the singer such as ‘Scotland’, ‘The White Rose’, ‘Glasgow’ and ‘The World in My Mind’. Donaldson was a member of the hugely successful folk group Celtic Thunder. He passed away earlier this year following a heart attack aged just 46. He left behind his wife Carolyn and 13-year-old daughter Sarah.

The proceeds of campaign will be paid directly to Carolyn Donaldson for Sarah’s Education Fund.

If you would like to buy a T-shirt or make a donation you can visit the Sarah Donaldson Education Fund page.