For some it was an act of sacrilege against Ireland’s musical heritage; for others it was a welcome mark of respect for Irish culture from a major, international star. 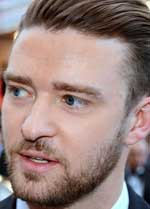 Whichever way you look at it, Justin Timberlake’s recording of the Auld Triangle brought the song more attention in a few days than in the previous 20 years.

The tune is traditional. The lyrics are thought to have been written by Dominic or Brendan Behan. No one is quite sure and neither actually claimed credit for them. The song was used in Brendan’s play, the Borstal Boy, in the 1950s. It was an immediate hit on the folk circuit and has been performed by leading Irish singers like Luke Kelly of the Dubliners.

Timberlake’s version was recorded for a film called, Inside Llewyn Davis, about the folk scene in New York in the 1960s, when people like the Clancy Brothers were inspiring the likes of a young Bob Dylan and Joan Baez.

The controversy began when the song was uploaded on to YouTube. Many fans of Irish music were not impressed. Some thought it was a travesty.

In addition to Timberlake, the track features Marcus Mumford of Mumford and Sons, and Chris Thile with his band the Punch Brothers. Justin Timberlake, of course, is by far the most famous, and so not surprisingly, he took the most flak.

Irish radio shows were full of callers accusing him of destroying a classic song that many hold dear to their cultural hearts. Others were less judgmental, saying he had given the song a new lease of life.

There was also criticism from some fans on YouTube. One listener said: “Some songs are sacrosanct, this is one of them. Horrendous!

Most people, however, were more positive. Andrew O’Connor said. “Nothing can beat the original but fair play, nicely and respectfully done.”

Timberlake eventually stepped in to clarify matters on Twitter with a tweet asking the critics to lay off, pointing out that the main singer was Chris Thile, with Timberlake and Mumford providing the backing vocals.

Nevertheless, the argument rumbles on.

Readers will be able to decide for themselves. Here is the video featuring Timberlake and the others.

This is what many people consider the definitive version by Luke Kelly of the Dubliners.