Spotify playlist that could save lives

Spotify have answered a request from the charity Irish Heart Foundation to come up with a playlist that might just save someone’s life. 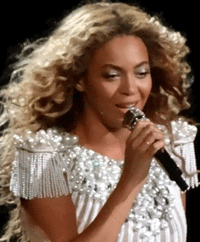 The idea is to raise awareness among the public of what to do if somebody has stopped breathing. They recommend humming a song and giving CPR compressions in time with the beat.

It follows on from a 2011 British Heart Foundation advert that featured hard man soccer-player-turned-actor Vinnie Jones. Jones was looking his usual menacing self as he gave advice on giving affective CPR to the beat of Stayin’ Alive by the Bee Gees.

Stayin’ Alive has the perfect beat and rhythm to pump blood around a body at a natural rate.

Irish Heart Foundation asked Spotify to come up with a playlist of songs that have the same beat as the Disco classic.

The music streaming company duly obliged and have complied a list that spans the decades so the majority of people are likely to know at least one of the songs. It features old classics such as Sweet Home Alabama, right through to Beyonce’s Crazy in Love.

Performing CPR is extremely important as it can double a person’s chances of surviving a heart attack. In Ireland 13 people die every day following a cardiac arrest.

Barry Dempsey of the Irish Heart Foundation said: “We’re asking people to choose their favourite song and remember it in case of emergency.

“If even one of these ten songs resonates with the public in a time of crisis when they are in a position to deliver CPR compressions, it could mean the difference between life and death.”

When a person stops breathing and doesn’t have a pulse the first thing you should do is call an ambulance. Then you should perform CPR at a rate of 100 compressions per minute. Each cycle should consist of 30 compressions and two breaths.

See below the Vinnie Jones video for British Heart Foundation