He blends irresistible Celtic melodies into a modern folk rock format with a strong pop appeal to paint an intriguing picture of the Emerald Isle.

As a teen, Brendan toured his native Ireland with bands like Gerry and the Ohio, The Express Show Band, Tommy Drennan’s all stars, The Ambassador Seven, and the Parkway Orchestra. Within a few years, Brendan was bitten by the travelling bug and headed off to London, where he joined the Donnie Walsh Orchestra.

The band was the resident group at The Oranmore, a popular Irish Club in the London suburb of Balham.

Raised in the shadow of Shannon Airport

Raised in the shadow of Shannon Airport, it was no surprise when Brendan decided to emigrate to America in 1986. 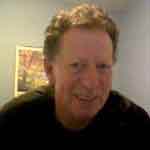 In recent years, Brendan has appeared with such acts as Roger Whittaker, Rolf Harris, Lee Greenwood and notable Nashville record producer and performer Jonathan Yudkin. Performances include the Monroe State Fair in Michigan, the Detroit Irish Festival, the Phoenix Irish Feis, and the Arizona State Fair.

For more than two decades Brendan’s song writing has captured and defined the many disparate elements of Ireland and its music in ways that are both enthralling and engaging. Since moving to America, he has absorbed other musical styles such as country and swing to create a unique, transatlantic style of Irish-American folk rock.

The result is a style of music that is bright and uplifting as it connects his new life in the USA with his former life back in Ireland.

Brendan’s Music has been Described as….

“Wrong Number Again” “Cry for Unity” “Resident Alien” “Only for the music” and his latest CD “Between Two Shores” featuring 16 original tracks.

Brendan is now based in California and continues to record and tour throughout the United States, Ireland and elsewhere.