First venture into making a record

By 1962, Paddy Clancy, his brothers Tom and Liam, together with Tommy Makem were all gathered in Greenwich Village New York.

All the elements were in place to make their first record. Paddy Clancy had set up a record company called Tradition Records.

Makem and the three brothers then recorded a collection of Irish rebel songs, which was released as an album called, The Rising of the Moon.

The record did well locally in New York but at that time it was seen as no more than a side issue. The main focus of the brothers was still acting.

However, acting work was in short supply and, by contrast, they found they were becoming increasingly popular as singers.

In 1959, they recorded a second album together called, Come Fill Your Glass.

That was more successful than the first and they found themselves in demand for concerts all over New York. Offers were also coming in from the folk circuit in other cities such as Chicago and Boston. Things were looking up.

The Clancy Brothers and Tommy Makem All the brothers still saw themselves primarily as actors at this stage and were so relaxed about their burgeoning music career that the band didn’t even have a name.

They finally had one thrust upon them by the promoter of their first official concert following the release of Come Fill Your Glass. The promoter naturally wanted a name for the band to put on posters and promotional material.

When the boys couldn’t think of a name they considered suitable and could agree on, the promoter lost patience and put up a poster calling them, The Clancy Brothers and Tommy Makem.

It may not be the snappiest of names but it stuck and it stood them in good stead.

Their first big break on the Ed Sullivan Show

The newly named band continued to do well but it wasn’t until 1961 that they got their first major break.

They were booked for an 8-minute slot on the Ed Sullivan show – America’s most popular TV programme at that time with an audience of 80 million plus.

This was the same Ed Sullivan show that shot Elvis Presley to fame a few years earlier, although they only filmed him from the waist up to avoid the scandal of his swivelling hips.

The origin of those famous Aran sweaters

Sullivan had no such problems with the Clancys who kept their hips mainly still and were dressed in those wholesome Aran sweaters that were to become their trademark.

Like much in the Clancy’s careers, that too happened by accident. The sweaters were sent by their mother to keep them warm in the cold New York winters.

It just so happened that at the time, their manager was trying to find a new “look” that reflected the character of his charges and promote their image. He took one look at the sweaters and realised they were exactly what was needed.

The 8 minutes that led to instant fame

Their appearance on the Ed Sullivan show was due to last eight minutes. They knew the show was the biggest in America and so this was their big chance to make a breakthrough.

The band made the most of every single second of those eight minutes. By the time they left the stage, they were an instant hit across America and were attracting the attention of major record companies.

They were courted by several labels but chose to sign to Columbia, after speaking to the legendary producer John Hammond, the man who worked on Bob Dylan’s early records. 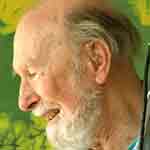 They quickly released a live album with what now seems a rather quaint title, A Spontaneous Performance Recording. It featured the father of American folk music, Pete Seeger, on banjo – such was the band’s newfound status.

More albums followed together with performances at major venues like Carnegie Hall.

Soon, their success caught the attention of people back home in Ireland.