The Cranberries toured Europe and the US in 1994 and released their second album, No Need To Argue.

It reached number 6 in the US charts and went seven times platinum in the States alone.

It sold 17 million copies worldwide. The album had a heavier sound than their debut and contained the huge hit single, Zombie. 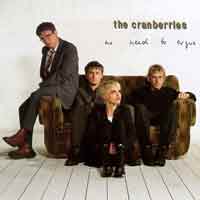 It also contained I Can’t Be With You, Ode to My Family and Ridiculous Thoughts.

In 1996, they released their third album, To the Faithful Departed.

It was their heaviest sounding album yet and although it reached number 2 in the UK charts and went double platinum in the US it wasn’t as successful as their first two albums.

It contained the singles Salvation, Free to Decide and When You’re Gone which all had success in the US charts.

The band’s fourth album, Bury the Hatchet, was released in 1999. It contained the Single, Promises, that reached number 7 in the UK and number 13 in the US. It also contained the singles, Animal Instinct, Just My Imagination and You & Me.

The album was certified Gold in the States and although it wasn’t as successful as their previous work, it proved to be the launch pad for their most successful ever tour. The huge world tour started in April 1999 and lasted until July 2000. Towards the end of the tour they played at Millstreet, Co Cork, Ireland.

They also released Bury the Hatchet: The Complete Sessions which included a bonus disc that featured live performances in Paris as well as a number of B-sides.

Read about The Cranberries as they pursue solo careers

The Cranberries
No Need To Argue
Solo careers
Cranberries videos