A huge contribution to the folk music revival

The Dubliners had a major role in the folk music revival of the 1960s.

They were a year or two behind The Clancy Brothers in achieving success but when they did they brought their own unique style that was completely different to anything that had gone before and which was also unlike anything being offered by their contemporaries.

Where The Clancys were well rehearsed and word perfect, the Dubliners were spontaneous and full of improvisation.

They showed the next generation of musicians that it wasn’t necessary to be showbiz and smooth in order to succeed.

As they became popular The Dubliners brought Irish folk music to a new audience and a new generation.

We now think of songs like Whiskey in the Jar, Seven Drunken Nights, The Black Velvet Band, Finnegan’s Wake plus dozens more like them as part of the standard repertoire for Irish folk singers.

However, most of those songs had largely been forgotten until The Dubliners revived them and made them famous across the world. In doing so, they created a wealth of material that has been used over and over again by younger performers.

A new market for folk musicians 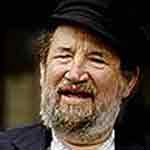 Along with The Clancys, The Dubliners helped to create a new appetite for Irish folk music, paving the way for a new generation of Irish musicians like The Fureys, Planxty and Clannad.

They were the first vocal band to add instrumental tracks to their repertoire.

These invariably showcased the individual talents of Barney McKenna on banjo and mandolin, and John Sheahan on fiddle or tin whistle.

Playing instrumentals in this way helped to create a market for Irish instrumental music that bands like The Chieftains and De Dannan were later able to exploit.

The Dubliners set new standards for others to match 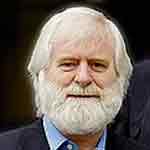 The Dubliners are all exceptionally talented and sophisticated musicians – indeed, John Sheahan spent five years studying the violin at the Dublin Municipal School of Music.

At the age of 15, banjo player Barney McKenna was already leaving musicians twice his age struggling to keep up.

Such was the band’s talent and professionalism, they set new standards that the next generation of musicians had to match if they wanted to succeed and be taken seriously.

They helped to take folk music to a new level, and that is quite some legacy.