Enya is Ireland’s most successful solo artist. She has won several awards and sold over 75 million albums worldwide. The only Irish musicians to sell more albums than Enya are U2.

She has a new age style of music and a unique sounding voice which is achieved in the studio by layering her voice up to 80 times.

Her songs have been used in several movies and sampled by contemporary artists such as P Diddy, Rihanna and the Fugees. 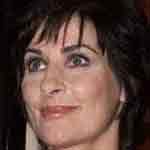 Her full name is Eithne Ní Bhraonáin, which is pronounced Enya Brennan. She was born into a very musical family. Her mother was a music teacher, her father was in a cabaret band and her grandparents had toured Ireland with their band.

Her brothers, uncles and big sister Moya formed Clannad, who had a reputation as one of the best traditional folk groups in the world.

Enya was the sixth of nine children and loved singing and performing. When she was a child she used to sing in the church choir and appeared in pantomimes.

Starting out with Clannad

She got her first taste of life as a professional recording artist in 1980 when she joined her family band, Clannad. She was the backing vocalist and keyboard player on two of their albums, Crann Úll and Fuaim. She left the group in 1982 to focus on her solo career.

In 1984, she recorded two instrumental tracks for an album, Touch Travel. She also wrote music for The Frog Prince movie. In 1986 she wrote music for a BBC documentary, The Celts. This music was featured on her self-titled debut album that came out the following year. Unfortunately, her first album was not a huge commercial success.

“The success of Watermark surprised me. I never thought of music as something commercial; it was something very personal to me.”
Enya

Her second effort, Waterfall, came out a year later and was a much bigger hit. It featured the famous Orinoco Flow and reached the top of the UK charts. It sold 11 million copies worldwide.

Her third album, Shepherd Moons, was released in 1991. It was another hugely successful album, selling 12 million copies and remaining in the Billboard 200 for an amazing 238 weeks. Enya won a Grammy for Shepherd Moons and one of the tracks, Marble Halls, was used by Martin Scorsese in his film, The Age of Innocence.

It was four years before Enya released another album. The Memory of Trees came out in 1995 and was Enya’s first album to reach the top ten in the USA.

A Day Without Rain

Her fifth album, A Day Without Rain, was released in 2000. It was her most successful album, reaching No 2 in the US Billboard charts. The single, Only You, was used by NBC in trailers for the comedy, Friends. It was also used by many networks as music to accompany reports of the 9/11 terror attacks.

This prompted Enya to re-release the song. A maxi single was released in November 2001 and featured a pop mix. The re-released single did well not only in the States, where it reached No 10 in the charts, but also in Germany, reaching No 1. All the profits were donated to the families of the victims.

A song for Lord of the Rings

In 2001, film director, Peter Jackson asked Enya if she would write a song for his new movie, Fellowship of the Ring – the first instalment of the Lord of the Rings trilogy. She obliged and recorded May it Be. It was also released as a single and the video featured scenes from the movie.

The single was another success for Enya, reaching No 1 in the German charts. She performed the song in front of Hollywood royalty at the Oscars in 2002.

In 2005, Enya released her sixth album, Amarantine. It became her fourth album in a row to win a Grammy Award for Best New Age Album. She also won the World’s Best Selling Irish Act at the World Music Awards in late 2006.

The same year she released a Christmas CD, Sounds of the Season: The Enya Holiday Collection. It was recorded for NBC television and department store chain, Target, and was only released in the US.

Continuing the festive theme, she reissued the Amarantine album in the UK with a second disc that included four Christmas songs that appeared on the Sound of the Season CD.

In 2008 her seventh studio album, And Winter Came, was released. She promoted the album on television and played some live performances. Unusually for a musician it was rather rare for Enya to perform live shows. A businessman in the US once coined the term ‘Enyanomics’ which referred to the fact that Enya sold millions of albums even though she didn’t tour or perform live.

Perhaps it is because Enya doesn’t perform live very often that she is not as instantly recognisable as you might expect for somebody who has sold 75 million records.

Not that that is a problem for her. She says: “A lot of people know “Enya” the music, but they don’t know what I look like, or what I do. And I think that that’s really good… for me, and for the music as well.”

She released The Very Best of Enya in 2009. It was her greatest hits from 1988-2008. She is currently working on new material and will record some of her next album in London’s Abbey Road studios.