The Irish Rovers are a Canadian folk band who are famous for their rousing renditions of Irish drinking songs.

All of the members of the band were actually born in Ireland although they have represented Canada in numerous world expos.

In 1963, George Millar and Jim Fergusson were both young immigrants in Toronto. After meeting at an Irish function they sang songs until the early hours of the morning. This was the beginning of the Irish Rovers.

George’s cousin Joe could sing and play the accordion and harmonica. As soon as he moved to Canada he was invited to join the band. They were joined by Vic Marcus and Doug Henderson shortly after.

Joined by George’s brother, Will

George’s brother, Will was already a popular singer in Calgary and regularly appeared on a children’s TV show. When George, Jimmy and Joe went to visit him they didn’t want to leave and decided not to return to Toronto.

Will joined his brother’s group and they became very well known in Calgary after appearing at a folk club called Depression. Before long, Will’s manager, Les Weinstein, realised that the band had real potential and paid for them to travel to California to audition for folk clubs there.

Weinstein became their full time manager and before long they were appearing on television. As the band were travelling across the state, Will’s car broke down and they had to stay the night at an Italian restaurant.

A break down leads to a big break

As fate would have it, the restaurant was owned by two Irish immigrants who introduced them to friends of a booking agent. The agent got them a gig at the Purple Onion in San Francisco. Many other bookings across California soon followed.

Their hard work paid off in 1966 when they signed a recording contract with Decca records. All-Ireland accordion Champion, Wilcil McDowell joined the band and during the late sixties to early seventies they released several albums and had hits with songs like Unicorn, The Orange and the Green and Whiskey on a Sunday. 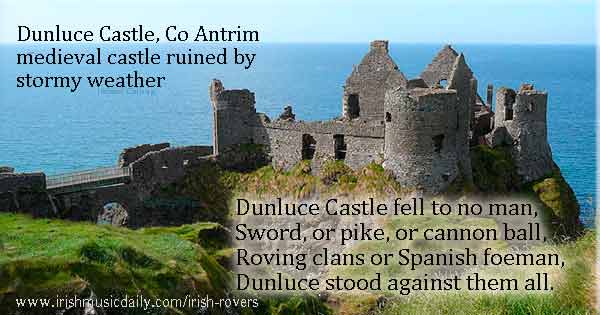 They also made several TV appearances on popular variety shows. This led to them being given their own show, The Irish Rovers Show, which ran on CBC for seven years. The show featured a mixture of Irish folk music, comedy sketches and chats with special guests. Guests who appeared on the show included, Johnny Cash, The Clancy Brothers and Vera Lynn.

During this time they were named Folk Group of the Year at the predecessor to the JUNO awards and were nominated for a ‘Folk Performance of the Year’ Grammy. Their television show also won an ACTRA award for ‘Best Variety Show’.

In the 80s, the band presented more shows in Canada, The Rovers Comedy House and Party With the Rovers.