It was moderately successful and was succeeded by a new organisation called the Irish National Literary Society. McCall became its first Honorary Secretary and found himself rubbing shoulders with some of Ireland’s leading figures such as Thomas Davis, who wrote A Nation Once Again, and Ethna Carbery who wrote the Irish rebel song, Roddy McCorley.

Over the next 10 years, McCall started writing the songs for which he is still remembered today.

Boolavogue, which recounts the exploits of Father Murphy in Wexford during the 1798 Rebellion, was first published in the Irish Weekly Independent on 18 June 1898.

It was originally entitled Fr Murphy of the County Wexford and was written to commemorate the centenary of the rebellion.

Kelly from Killane and Follow Me Up to Carlow

Kelly the Boy From Killane was written at around the same time and for the same reason, in honour of the centenary of the Rising. Follow Me Up to Carlow relates to a much earlier time, the Desmond Rebellion at the end of the 16th century.

It recounts the exploits of the fearsome Fiach McHugh O’Byrne and his victory over the British at the Battle of Glenmalure in 1580. 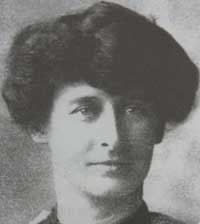 McCall was keenly interested in politics both at a local and national level.

He was elected as a Dublin City councillor and worked hard on local affairs, particularly projects to alleviate poverty, supported by his wife, Margaret Furlong.

He was also interested in national events and was a supporter of the rising nationalist tide and calls for Irish independence.

Songs like Boolavogue and Follow Me Up to Carlow not only looked to the events of the past, McCall also used them as rallying calls for the people of his own time to assert Irish independence.

McCall wrote numerous songs and verses which were put together in various collections.

The most celebrated are Irish Noinins (Daisies), Songs of Erin, Pulse of the Bard, The Harp at Home, Irish Street Ballads and Irish Fireside Songs.

In 1914, along with Arthur Darley, he published Feis Ceoil Collection of Irish Airs, which contained many of the melodies he had transcribed during musical suppers at Rathangan.