Planxty – one of the most successful Irish folk bands

Planxty are one of the most successful and influential Irish folk bands of all time.

They drew their inspiration from sources as diverse as the great Irish harpist/composer Turlough O’Carolan, and the legendary itinerant Irish folk singer John Reilly.

The band formed in 1972 after the Irish singer Christy Moore finished recording his second album.

The musicians who featured on the album – Dónal Lunny, Andy Irvine and Liam O’Flynn – were all friends of Moore’s, and had performed with him at smaller venues in the previous few years. Lunny was an old school friend who had taught Moore how to play the guitar and bodhrán.

They enjoyed recording together so much that they decided to form a band and together they became known as Planxty.

Starting out at the Mugs Gig

After recording their first single they played weekly 30 minute sets at The Mugs Gig in Ireland and gave their first major performance when they opened for Donovan in Galway. 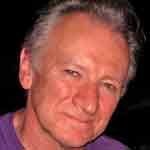 Planxty’s first single was Three Drunken Maidens. It reached No 7 in the Irish charts and brought Planxty to the attention of a wider audience.

For the next few years they were prolific. They released three albums and toured all over Europe, picking up pockets of dedicated followers in several countries.

Their first two albums, Planxty and The Well Below the Valley were both released in 1973. Although the sales were not particularly high they added to Planxty’s growing reputation as one of the major new forces in traditional Irish music.

Lunny left the band in 1973 as he wanted to explore other areas musically.

He joined The Bothy Band and was replaced by mandolin, bouzouki and fiddle player, Johnny Moynihan.