Is the Raggle Taggle Gypsy based on a true story?

He published it under the title, The Gypsy Laddie, in his English and Scottish Popular Ballads 1882-1898.

Child believed the song dated back to the early 18th century and was based on an old Scottish tune. Given the ancient and uncertain origins of the song, a theory emerged that it was based on the story of a Scottish noblewoman called Lady Jane Hamilton, who became Lady Cassilis when she married the 6th Earl of Cassilis.

Legend has it that Lady Cassilis ran away with an outlaw called John Faa, who was known as the king of the gypsies.

Lord Cassilis tracked them down. Faa and his men were hanged and Lady Cassilis was brought home in disgrace, and effectively put under house arrest for the rest of her life.

Some versions of the song, such as Seven Yellow Gypsies by the English singer Mike Waterson, actually refer to Lord Cassilis and the hanging.

While it’s an intriguing story, it’s hard to establish the facts of what really happened and most researchers now feel it’s unlikely that the Cassilis incident was the inspiration for the song.

The song taps into basic fears and fantasies

The song is more likely to have emerged out of the fear and prejudice shown to gypsies during 18th century Britain and Ireland.

As often happens with groups outside mainstream society, they were viewed with suspicion. They were often regarded as thieves and vagabonds who could be dangerous if not controlled.

On the other hand, their wandering, seemingly carefree lifestyle could be seen as exciting, especially in times when most people never ventured more than a few miles from where they were born. 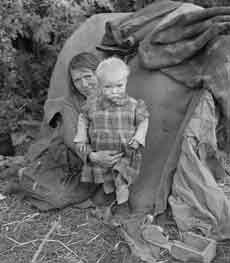 One popular version of the song is called Seven Yellow Gypsies. The mention of yellow is thought to be a reference to the olive, tanned skin colour of many gypsies.

The word gypsy comes from the word Egyptian where many travellers were thought to have originated. Many travellers throughout Britain and Ireland were from the Romany tradition.

It was thought that the Mediterranean ancestry led to the darker skin colour but there was also the fact that the travellers were out in the open all the time and likely to be more tanned.

By contrast, pale skin was highly prized in fashionable society in those days as it showed a person was wealthy and did not have to work in the fields. Wealthy women would therefore keep out of the sun to enhance their beauty by remaining pale.

Many landowners were wary of travelling people Gypsies going to the fair

Many landowners might fear for the safety of their families when gypsies were about, especially if the men of the house were out working or attending to business.

From those safety concerns, it was only a small step of the imagination to think that a wife or daughter might be abducted or worse still, actually choose to run away with the carefree gypsies with their darker complexions and exotic looks.

A relatively small incident involving a woman going off with a traveller could easily be exaggerated until it supposedly involved lords and ladies. That would make the scandal and therefore the appeal all the greater.

Gypsy community may have helped spread the song

The Raggle Taggle Gypsy and its numerous variations are to be found all over Ireland and Britain, and on to America. It is remarkably widespread, even by folk song standards

This may be due to the fact that the song either originated or was taken up by the gypsy community which helped to spread it as they move around the country. A handsome gypsy putting one over on the stuffy lord of the manor would obviously appeal to them, especially when the gypsy and the lady live happily ever after.

By contrast, the versions where the gypsy is hanged will almost certainly have originated with singers from mainstream society. The gypsy getting punished would provide mainstream society with an acceptable way of enjoying the romance and the scandal of the song while at the same time seeing order restored at the end.

It may be no coincidence that since the more liberal days of the 1960s, the version where the gypsy escapes hanging has become the one most widely performed by singers throughout Ireland and the UK.