Robert Delaney is an Irish singer-songwriter. He released his debut album in 2012 and regularly performs in Ireland. He has also toured the East Coast of the US and has written for other artists.

His fans will be familiar with songs such as New Wave, Home, Rising Tide, Never Knew and Promised Myself, many of which have appeared on various radio stations.

His song, Between The Canals, was used in the feature film of the same name starring Damien Dempsey and Peter Coonan from Irish TV series, Love/Hate. Delaney has a love of poetry

Delaney has a passion for song writing that evolved from a love of poetry that he has had from an early age. He says: “I first starting writing poetry before ever playing guitar and still remain true to poetic form when I write my lyrics.

“Lyrics are an integral part of any song and my words are about life, loss and love. I try to draw audiences in with simple sentiments that I believe most listeners can empathise with.”

He is equally passionate about the music he puts his lyrics to. He has always been a fan of rhythm & soul, folk and the blues. He says his major influences include: Tom Waits, Neil Young, John Lennon, U2, Bob Dylan, Van Morrison, Them, Sting and John Martyn.

He says: “The music of a song is as important and I choose my chords carefully. The marriage between music and lyric should be coherent.”

Lilies For My Sweetheart

He released his debut EP, Lilies For My Sweetheart, in 2011. He spent the last few months of 2011 in the US. He toured the East Coast to promote his EP and played in venues in Boston, New York and Vermont. He also appeared on the radio in those states. 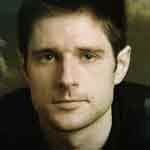 While he was in America he started to write more songs some of which appeared on his debut album. When he returned to Dublin he wrote and recorded his debut album, Rising Tide.

It was released in September 2012 and the official album launch was at Whelan’s in Dublin and in store at Tower Records. Since then he has played The Grand Social, Twisted Pepper, Bruxelles, Sweeney’s, Beggy’s Navan, University of Coleraine and The Christie Hennessy Music Festival in Tralee.

The album received positive reviews in the likes of Hotpress and various online blogs and magazines.

Songs from Rising Tide have been played on 98FM, Phantom, Nova and 4FM and Dublin City FM and Delaney has played the song, New Wave, live on Ian Dempsey’s Breakfast Show on Today FM.

He is always planning new gigs and performances. For details where he will be playing soon go to his website – www.robertdelaneymusic.com

When he isn’t focusing on his solo career he writes lyrics for other artists. He has previously written for London based electro act Bitches with Wolves and Dublin based singer-songwriter Donal De Blacam.

He published a book of lyrics in 2009 entitled ‘Bourbon Lyrics’ available from www.lulu.com