The Fureys are a band of four musical brothers who along with their friend Davey Arthur helped to revitalise Irish folk music in the 1960s and 70s.

Their style and use of contemporary musical instruments didn’t please some traditional folk fans at first but they have stood the test of time. The origins of the band stretch back to the late 1950s and they are still popular today. 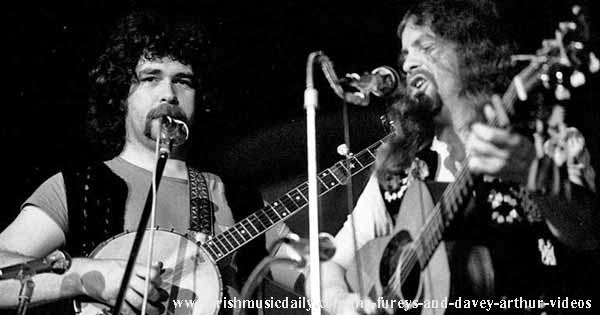 The brothers had musical parents

When they were teenagers, Finbar and Eddie formed a duo and performed at O’Donoghue’s bar in Dublin. Their father regularly joined them for jamming sessions.

Finbar and Eddie were developing and improving all the time. Three years after their first jamming session at O’Donoghues, they entered a number of music competitions at the Rose of Tralee International Festival. They went down a storm and won the main event, pub event and street event.

In 1966 they moved to Scotland and started to make a name for themselves performing in folk clubs, colleges and universities.

Soon they were playing all over Europe and in 1968 they featured on Paddie Bell’s album, I Know Where I’m Going. It was the first time they had recorded professionally and later that year their own debut album, Finbar and Eddie Furey, was released.

Their second album, The Lonesome Boatman came a year later. Despite the brothers’ popularity in England as a live act, the albums didn’t sell particularly well. However, they did better in England than in Ireland where fans of traditional folk music didn’t like the contemporary style in which they played.

They continued to work on their own material and in 1972 they brought out their third album, The Dawning of the Day. It was highly successful and their mixture of guitars with uillean pipes which upset the purists in Ireland went down a storm across the Irish Sea.

They released their fourth album, Four Green Fields, in the same year and legendary radio personality, John Peel, named them as his act of the year. The brothers all join forces