All the Way Home – Cathy Jordan

After more than 20 years as lead singer with the hugely successful Irish band Dervish, Cathy Jordan has now released her first solo album. 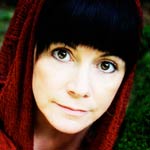 Although still a committed member of Dervish, Jordan has often pursued other projects and also performs with another band called The Unwanted. However, her new album, All the Way Home is the first time she has ventured out entirely alone.

She told Irish Music Forever: “It may seem like a sudden impulse, but it’s something I’ve been planning for several years. I wanted to look at some songs that mean something very special to me, often because they relate to people and places I knew from my childhood.”

A mix of new and traditional songs

All the Way Home contains a mix of traditional Irish songs and numbers written specially for the album, some by Jordan and some by her long time musical friends.

“Some of the songs are new but some I’ve recorded before with Dervish. I wanted to get a completely fresh take on them , which meant getting musicians who had never heard the songs before.”

To get an original approach, Jordan enlisted the help of Swedish musician and producer Rogar Tallroth. The album was recorded in Sweden and uses mainly Swedish musicians, although the album also features several Irish instrumentalists.

The result is a wonderfully engaging album showing Jordan in reflective mood, looking back to her past but also engaging with the present and looking to the future.

She points to a modern day resonance is some of the traditional tracks of the album. The song Eileen MacMahon was included because her father sang it as his party piece. However, its theme of having to leave Ireland is as true today as it was 50 years ago. Like Eileen MacMahon, a new generation have to lament that “for the want of employment in Eirann, I was forced like an exile to roam”.

Sliabh Gallion Brea’s is another traditional songs Jordan learnt as a child. It’s about the eviction of tenant farmers long ago in Co Tyrone. Again, Jordan sees other modern day echoes. “We’re seeing people being put out of their homes today but this time it’s the bankers behind the evictions. They’re putting people out of their homes because they can’t pay their mortgages.

Other tracks on All the Way Home

The Bold Fenian Men – a lament for the men who fought in the 1916 Easter Rising. It was written by Peader Kearney, who also wrote the Irish National Anthem. Jordan’s vocals are subtle, haunting and effortless. The song was sung by Jordan’s mother “while sweeping the floor or making the dinner”.

The Road That I Go – written by Jordan with Brendan Graham. A lovely song about leaving home for the first time. It has recollections of childhood, but also looks forward with optimism.

The River Field Waltz – an instrumental.written by Cathy Jordan. “Every field has a name around home. I named this tune after one of my favourite fields. ”

The Banks of the Foyle – a Derry song written by JJ McCreevy. It’s about loss and exile., and the desire to return home.

In Curraghroe – by Patrick Devine and Cathy Jordan. It’s based on a poem found in a neighbour’s house about the area where Jordan’s mother was born and went to school. Jordan was struck by the similarities between the life stories of people 100 years apart.

The Jordan Jig a great lively tune written for the album by Rogar Tallroth.

Ould Ballymoe- a charming traditional song about a man who thinks he’s found the girl of his dreams only to find she has a husband and six children.

The Lark in the Clear Air – Jordan does a beautifully sensitive version of this gentle, traditional ballad.

All the Way Home – written by Jordan with Enda Cullen and Ian Smith. “This sums it up really. I spent years running away from home in search of something I finally figured out was under my nose all along.”

All the Way Home is a delightful album

Jordan is committed to continuing her career with Dervish but this solo effort is a welcome bonus for fans of both her and the band.

All the Way Home is a delightful album by a very accomplished performer. The mix of new and traditional songs works perfectly and enables Jordan to make a moving personal statement about some of the moments that shaped her life.