The woman behind the hit acts Celtic Thunder and Celtic Woman is looking to put together a third Celtic ensemble and is inviting talented singers to audition.

Sharon Browne, who created the wholesome all-male Celtic Thunder and all-female Celtic Woman, is looking for both male and female vocalists to cast for her new ‘sexier’ Celtic show.

Those who are successful will take their place in the as yet untitled show that is set to have a residency in a US casino.

Browne is known for breaking new acts as well as promoting established stars. Her record label Celtic Collections has represented top Irish acts such as Phil Coulter, The Dubliners, The Wolfe Tones and The Furey Bros & Davy Arthur. 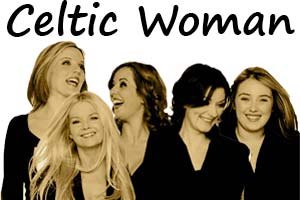 The Celtic Woman show was created in 2004. Ten years later it is still going strong. The group have released several albums and completed several huge American tours. Some of the members such as Orla Fallon, Chloe Agnew and Mairead Nesbitt have gone on to have successful solo careers.

It is a similar story for Celtic Thunder. The show began in 2007 and has been taken on the road several times with great success. Members of the group such as Damian McGinty, Ryan Kelly and Keith Harkin have all achieved solo success.

With such success stories in mind, the auditions next week could be a great opportunity for any up and coming Celtic vocalists.