The Dropkick Murphys surprised passengers at Boston Logan International Airport with an impromptu performance as they waited for their flight to Dublin.

The band have completed the American leg of their ‘Celtic Punk Invasion’ tour and are currently in Europe for a series of gigs in Ireland and the UK. 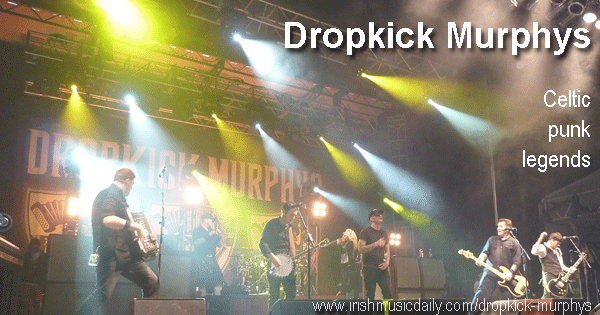 The Celtic rockers played several gigs in US cities with large Irish American populations such as New York and Boston throughout the first two weeks of March.

They played their final (scheduled) gig of the US leg of their tour at Boston’s House of Blues on Sunday and flew to Dublin on Monday for two gigs in one day on St Patrick’s Day.

As they were waiting for the flight they set up their equipment and performed some of their most famous songs – including Shipping out to Boston, Rose Tattoo and Dirty Glass.

They quickly drew a crowd and fans were delighted to see the band. These fan shot videos have already.

Shipping out to Boston