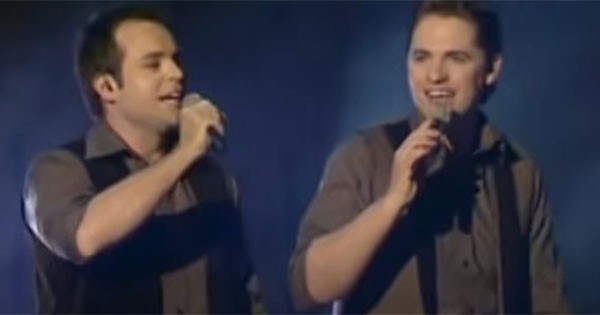 Legendary folk band the High Kings have wowed audiences for more than a decade and one of the first songs they made their own was the romantic comedy Black Velvet Band.

It tells the story of a young man walking through the city when a beautiful woman catches his eye.

The woman’s beauty is reiterated throughout the song with the chorus describing ‘her eyes they shone like diamonds’ and ‘her hair it hung over her shoulder, tied up with a black velvet band’.

The woman walks alongside the young man but gets him into trouble by pickpocketing a gold watch and putting it in his hand.

The man finds himself in court and is sent to serve seven years on Van Diemen’s Land, which was a prison in Australia used as a punishment for criminals in Britain and Ireland in the 18th and 19th centuries.

The singer warns other men to be wary of the trouble they could find themselves in by getting mixed up with beautiful colleens.

The song has been a popular amongst folk bands for decades, and the High Kings adopted it early on in their career as a great way to set the mood for their live shows.

The High Kings are the true modern-day traditional Irish folk group. Three of the four members are the sons of legends on the folk scene, and the fourth was a Broadway star before joining.

The band was formed in Dublin in 2008 and have become one of the leading groups in Irish music.

Their fresh take on an old classic has always a huge crowd-pleaser for them.

Take a look for yourself.