Irish music legend Finbar Furey is set to wind down his long and successful career – but not before releasing another album and embarking on one last big tour.

The 68-year-old musician revealed that he has recently completed work on an album of uilleann pipe music. 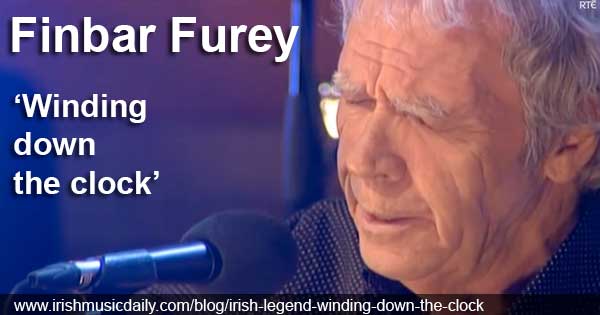 He is set to perform a series of concerts in Germany, Ireland and South Africa. Furey told the Irish Times that he hopes to record new material with local musicians in South Africa but is unlikely to tour again.

He admitted; “I’m winding down the clock.”

It is the ‘clock’ of a career that has spanned the decades. Back in the 1960s was a part of the band The Fureys and Davey Arthur.

The band of brothers (and friend Davey Arthur) were one of the most influential folk bands of their era.

In the early days, they had a contemporary style and used modern instruments.

This didn’t go down well with folk purests. However, along with the Dubliners and the Clancy Brothers, they managed to revitalise Irish music.

They gave new life to classic songs that had begun to seem very old fashioned and even in danger of disappearing into the annals of history for all but the most committed folk fans.

Read more about the Fureys and Davey Arthur

Finbar told the Irish Times about how he played music with his father in pubs in the early days.

He said: “We’d go into a pub and start a session in the pub, [then] he’d move on to another pub someplace else. He would have taken music from county to county long before there was radio or telephones. Can you imagine two Irishmen sitting down at a crossroads in 1932 writing out sheet music to each other, swapping pieces of music? That’s an amazing scene when you think of it: a fiddler and a piper just swapping tunes.”

Furey went through a tough time in the early 2000s. His brother Paul died of cancer in 2002, leaving Finbar with feelings of guilt.

He said: “I kept blaming myself, thinking that if I’d been there he mightn’t have died. But I know now I couldn’t have helped him anyway.”

He also had a serious shoulder injury that prevented him from playing the pipes and looked to have ended his career.

Furey recalled: “I knew I’d never be able to play the pipes as well again, I’d always be struggling with them. I can only play them for about 20 minutes and then my shoulder starts really aching me again.”

Then, in 2009, Furey returned to America and rediscovered his love for music. He said: “I went around places I’d wandered years ago with the Clancy Brothers. When I came home I decided to get busy and I started writing. I started to think about the future instead of thinking about the past.

“I never want to get into a rut again. I have to write about what’s happening now, tomorrow. I have a young man’s life. I never ever stop searching. If I had no hands and still had a brain and I could talk I would still speak about music or hum into a microphone.”

Hopefully Furey’s creative streak will last for some time to come. However, it is unlikely that he will be performing live for much longer.

For details of his new tour check out his website