Kevin Barry may have taken his impending execution with great stoicism but it obviously had a devastating effect on his family, particularly his mother.

His father had died in 1908 and so was spared the agony of seeing his son executed.

His mother, however, had to stand by helpless as her son, only 18 years old and a talented medical student with everything to live for was to be snatched away from her. 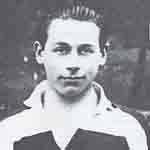 Barry was so calm about his death sentence that some wondered if he had fully taken in what was about to happen to him.

The priest who attended him was Canon John Waters. He spoke to Barry and then met Barry’s mother as he was leaving the prison. Canon Waters said: “This boy does not seem to realise he is going to die in the morning.”

Mrs Barry looked surprised and asked the canon what he meant. He said: “He is so gay and light-hearted all the time. If he fully realised it, he would be overwhelmed.”

Mrs Barry was offended and replied: “Canon Waters, I know you are not a Republican. But is it impossible for you to understand that my son is actually proud to die for the Republic?”

One of the bravest boys I have known

Canon Waters left with the flustered look of a man who had been put firmly in his place. But the meeting had only added to Mrs Barry’s anguish. She later said this was because the Canon Waters was “the nearest thing to a friend that Kevin would see before his death, and he seemed so alien”.

Canon Waters tried to make amends after he officiated at Barry’s execution the next day. After watching the proceedings take place and the strength of character shown by the young man, he wrote to the mother saying: “You are the mother, my dear Mrs. Barry, of one of the bravest and best boys I have ever known. His death was one of the most holy, and your dear boy is waiting for you now, beyond the reach of sorrow or trial.”

On 14th October 2001, Barry’s remains were removed from Mountjoy Prison and given a state funeral and burial at Glasnevin Cemetery in Dublin.