Although quickly acclaimed as one of the leading artists of his day, Lover was also working hard as a songwriter.

His songs were so popular that he was able to successfully publish them in 1839 as a collection called Songs and Ballads.

Many of the songs for which Lover is still remembered date from around this time, most notably What Will You do Love, Rory O’More, The Angel’s Whisper, The Four Leaf Shamrock, and many more.

The songs were wide in scope, including tender love songs and whimsical observations of Irish country life.

As Lover’s eyesight began to fail, song writing became more important to him as a way of making a living and he embarked on successful tours, performing his songs at ‘Irish Evenings’ across, Ireland, the UK and the United States.

Songs that developed into novels

Lover was also a skilled writer of fiction. One of his songs, Rory O’More developed beyond its original scope and turned into full length novel called Rory O’More, a National Romance.

It was extremely successful and Lover later adapted it for the stage and it was performed at the Adelphi Theatre in London.

It was a great success and meant Lover could add dramatist to his long list of achievements.

Lover had even more success with his next novel, Handy Andy, An Irish Tale. Not content with these achievements, he continued to broaden his interests.

Lover had always been fascinated by the songs, stories and legends of rural Ireland. Not content to just write his own songs, he also began collecting folk songs from around the country. He published a collection called The Lyrics of Ireland in 1858.

His devotion helped to preserve songs that might otherwise have been lost.

Lover as a folklorist

The folklore of Ireland was also a lifelong fascination for him. In 1832 he collated many of these old tales and published them as Legends and Stories of Ireland.

That life and vitality could then be given to an old fairy, allowing him start life all over again.

The breadth and scope of Lover’s achievements are quite remarkable. His work is still recognised today and he remains one of the most multi-talented artists of all time. He died on 6th July 1868 at St Helier in Jersey. 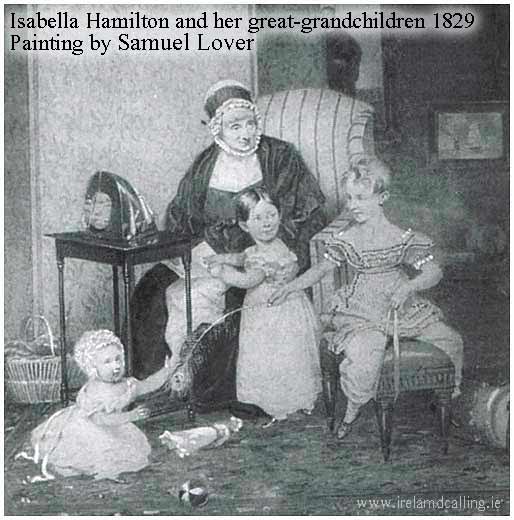