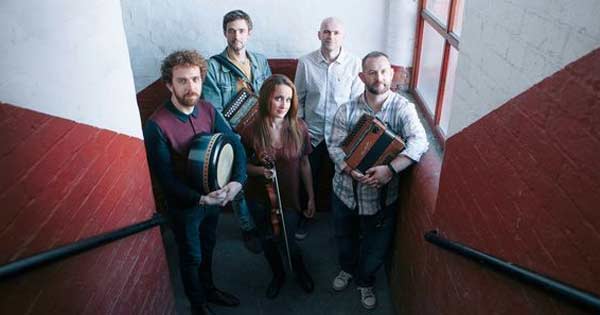 The Irish beauty behind Ed Sheeran’s new hit, Galway Girl, has revealed the true story behind the song, and sadly it’s not quite as romantic as we might have thought.

The lyrics describe how Sheeran met a girl on Grafton Street in Dublin and had a night out with her, visiting bars and even playing darts. She’s beautiful and plays fiddle in a band with her brother.

Well, some of it is true but all because it turns out that the ‘Galway Girl’ is actually from Limerick.

Her name is Niamh Dunne and she’s a member of the trad band Beoga, who wrote the track with Sheeran.

Niamh said Sheeran wrote the song about her because she happened to be “standing nearby” at the time. She told 2fM’s Breakfast Republic: “We co-wrote that song with Ed. We were over in Suffolk last year recording with him and that’s when the song came together.

“It was just the first line of the song… We were just laughing about it. The story has grown legs since then and run up the road.

She added that she’d taken a lot of stick from friends about being called the Galway Girl. “I’m from Limerick, born and bred. I’m getting an awful hard time at home about the whole thing.”

Niamh described how the song was written when Beoga agreed to collaborate with Sheeran on his new album, Divide.

“It started with a mutual friend, Foy Vance. They were on tour together and played some of Beoga’s tracks when then were in the van and Ed liked it.

“When he was making his new album he emailed us and would we be up for coming over to do some recording.

“Of course we said no bother and that was last June, so we put about five or six tracks together and two made the album.

“We’re thrilled. They seem to be going down really well.”

Niamh is married Sean Og Graham who also is a member of Beoga.

Listen to the track here.