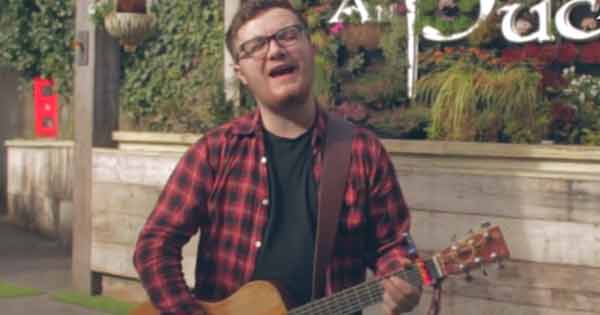 A song called Galway Girl is one of the highlights of British songwriter Ed Sheeran’s new album.

It isn’t a cover of the classic Irish song but an original that the star wrote with Irish band Beoga. The song is about the band’s fiddle player Niamh Dunne.

Now an Irish musician has created a video which sees him perform a mash up of Sheeran’s new song and the original Galway Girl.

John Gaughan, of Galway, recorded a performance of his mix at top Galway pub An Pucan.

The video has been an internet sensation with nearly one hundred thousand views in just a few days since being uploaded to social media.

It’s easy to see why. Gaughan is a talented musician and has put on a great performance, and created a slick video.