Fairytale of New York – painful birth of a classic

Fairytale of New York became an instant success as soon as it was released but it was far from an overnight success as far as its writing and recording were concerned. It took something like two years to perfect and was developed at a time when the band couldn’t record and tour because they were between record companies.

They had left WEA after recording their first two albums, Red Roses for Me and Rum, Sodomy and the Lash.

There were some contractual difficulties to be resolved before they could eventually sign for their new label, Stiff, and get back to work full time.

However, their enforced time off was put to good use, as bass player Darryl Hunt explained on BBC radio: “We had a period of about nine months to actually think about the songwriting and Shane had the chance to think about what he was writing about and I think it was a good period of reflection and input.”

It was complex – we wouldn’t get it right first time 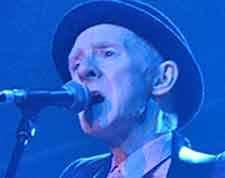 Guitarist Phil Chevron said: “It was a frustrating time because on the one hand we were building up this enormous live following and there was continuing demand for new records from us but also we felt very strongly that we had a record in us that we badly needed to make. Sometimes a band gets like that when everyone feels the optimum time has arrived to do something.
“When we came to do the If I Should Fall from Grace album, there was a real sense of unburdening ourselves of the previous couple of years of ideas and in that sense, certainly we’d had a fair amount of time to hone our work and what we were trying to do with it.

“In that process we got to record early versions of Fairytale of New York as demos.

Cait O’Riorden was due to sing the female part

The female part was originally intended to be sung by The Pogues’ bass player Cait O’Riorden. She recorded some demos but the song was incomplete at that time and the band were not satisfied. O’Riorden left to marry Elvis Costello before the song was complete.

The co-writer of the song, Jem Finer said: “The versions we had were hampered by the fact that the lyrics weren’t finished. Cait was a bit unfortunate to have a version to try that wasn’t quite the definitive one.

“We tried to record it twice before we finally got it nailed with Steve Lilywhite. It went through quite a few revisions. There was always something that didn’t work and Shane did a lot of editing of the lyrics, coming back to it again and again over a period of about two years. We played around with the arrangement until it all sat properly.”